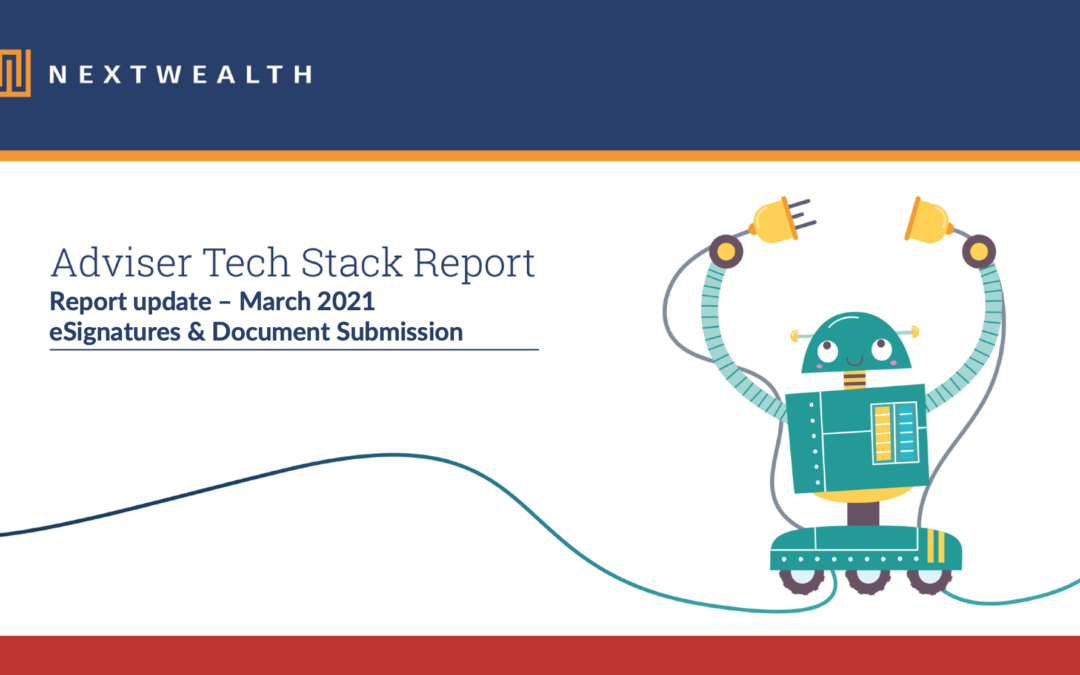 Newer and smaller doesn’t mean better for tech when it comes to platforms switching to digital processes, according to our latest report in our Adviser Tech Stack series.

Data that tracks which platforms have been the best at adopting digital technology to speed up business processes finds that six of the nine platforms with more than £25bn in assets now require the fewest forms.

We analysed 23 platforms as part of its tracking survey. Firms that require a paper form signed by a client for fewer than 10% of processes have almost doubled since the last survey in October 2020. Hailed as ‘digital process champions’ by NextWealth, these include:

True Potential requires the least paper forms, with only 2%. They are followed very closely by AJ Bell, Fusion Wealth and Transact with 5% of processes requiring a paper or scanned form.

NextWealth also recognised the ‘gamechangers’ – firms that have reduced paper processes by at least a quarter since March 2020. These include:

The number of paper forms across the platforms tracked over the past year has nearly halved from 657 to 378.

Heather Hopkins comments: “It’s fantastic to see the platforms recognised as digital process champions continue to expand and they very much deserve to be congratulated. Their efforts are enabling advisers to process business faster and more efficiently. However, the momentum behind digitisation is slowing, with the big shift happening from March to October 2020, in response to the pandemic. It would be a shame if progress in this area stalls as we come out of the crisis. We will continue to shine a light on those who are rising to the challenge.”

This data forms part of the latest NextWealth Adviser Tech Stack Report, which tracks changes in tech adoption by advisers and providers. Advisers who are members of the NextWealth adviser survey panel can gain free access to insights from this and other reports. Sign up here.