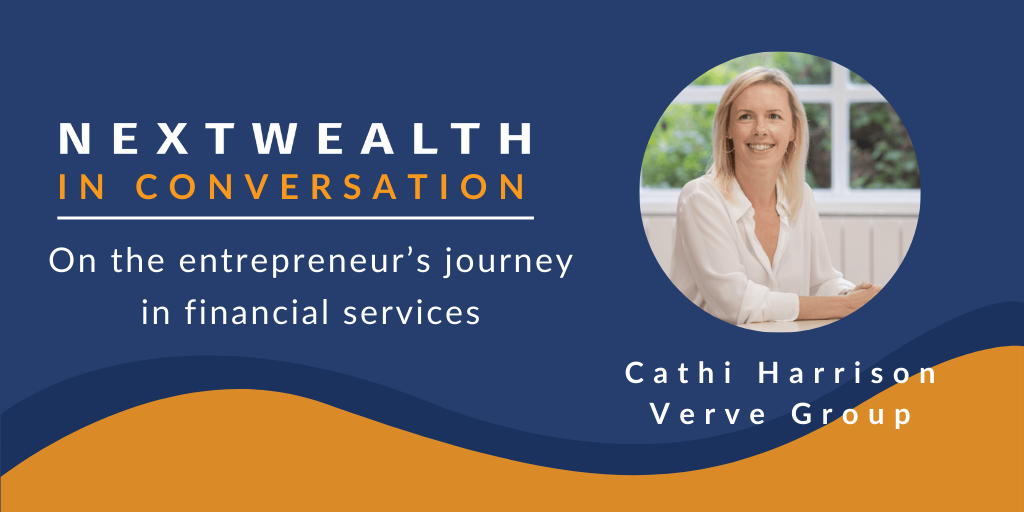 When I sat down with Cathi Harrison, The Verve Group CEO, for a Women In Platforms interview recently, I came away with a really strong impression that at last, things really are changing in this industry – and in particular, diversity is well on the way to becoming a reality.

Cathi is, of course, a perfect example in her own right – a serial entrepreneur with a stream of innovative business ideas all with the aim of transforming and modernising the world of financial advice.  But this is about her businesses just as much as it’s about her.

Like most of us, she told me, she got her first job as a paraplanner in an advice firm more by accident than design.  But unlike most of us, when she decided that she liked the job but didn’t like the firm much, she didn’t just look for another job.  She set up her first business, Para-Sols, as an outsourced paraplanning company – rapidly recruiting a young, mostly female team and a customer base of advice firms.

Gatecrashing the “happy triangle”
This would have been enough for many people, but in fact, it was while she was on maternity leave that she found herself planning her next venture.  Para-Sols, she realised, was involved in many “happy triangles” – three-sided relationships that included an advice firm, the advice firm’s clients and Para-Sols as the paraplanning partner.  But all too often, a fourth element gatecrashed this scene of contentment and made life a lot less contented:  compliance.  Why, Cathi wondered, does compliance have to be done that way?  Why is there so little tech?  Why is it always a battle?

Ready in January – but which January?
By the time she came back from her maternity leave, she had the plan for the compliance consultancy which became Apricity largely clear in her mind.  One thing she fully understood was the need to build the firm’s own proprietary tech:  nothing remotely suitable existed.  One thing she didn’t understand quite so well was how long that would take;  coming back to work in November she aimed for a January launch, and in fact, she achieved just that – but January of the year after next, not January two months away.

Cathi’s next move was to launch a training business, focused on bringing new people into financial services.  The business case, we all know, is strong:  many thousands of advisers will retire over the next few years, at a time when consumer demand for advice is on a steady, long-term upward trend.  But that’s not really what gets Cathi excited about the potential for her newest venture, branded The Art Of Finance.  Again it’s the “d” word – d for diversity – that motivates Cathi, offering satisfying and enjoyable careers in financial services to people who had never given the possibility a moment’s thought.

Cathi has some radical ideas to develop this line of thought further, of which the most important is a plan to involve the industry in sponsoring students through their CII exams.  And she points out that the timing is perfect –  with COVID-19 having taken such a toll on jobs in so many other customer-facing fields, hospitality being the biggest and most badly affected, alternative career paths have never been more badly needed.

“Cathi’s made it cool again!”
The Q&A session at the end of our Zoom conversation was a really buzzy and lively one, and it was obvious that our listeners were knocked out with Cathi’s commitment to building a very different future for financial services.  It was probably the very last comment in our session that summed it up best.  For younger people, our speaker said, financial services doesn’t have the greatest image, but it’s changing.  “Cathi’s made it cool again!”

NextWealth is a supporter of The Verve Foundation. This is a great way to help recruit and train the next generation for our industry.